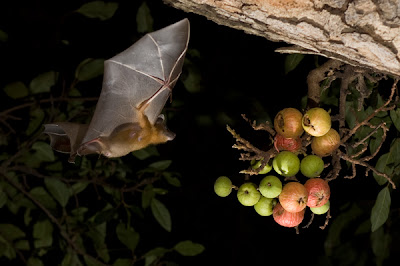 For all those folks who've been wondering what I was doing standing under the fig tree late into the night. Who were wondering what those bright white flashes of light were about.

About beautiful men (or the lack thereof) 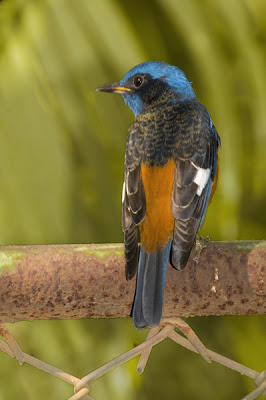 I look up around me at mess and there's no one there that catches my eye anymore. I find I'm surrounded by all the drab greys, browns, blues and khakis that constitute Indian academic camouflage. I ask myself every once in a while, what happened to the human species?

One of the things that often gave Darwin pause was the sheer flamboyance of some male animals. Many male birds are spectacularly coloured, much more so than their female counterparts. Take the male blue-headed rock thrush, all bright blues and oranges, flashy white wing patches. The female on the other hand is this beautiful mottled muted brown, disappearing in the undergrowth. 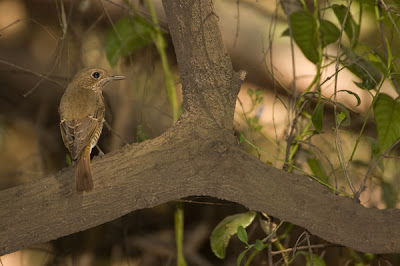 Now being drab, muted and camouflaged is obviously a good thing in the wild world. Less attention is good when one negotiates a world fraught with constant predator threat. So why all the male flashiness? Whose attention are they seeking? Ok, I know, its the females, that much is obvious.

But why would a sensible female be interested in a flashy flamboyant male? Why are these traits at all desirable for her offspring? Why would a female want to raise predator bait? You can see the problem there, can't you? The exaggerated and beautiful traits of males cannot be explained under the standard framework of standard adaptive natural selection. If you suspect that maladaptiveness, even complete uselessness of these traits, take a look at Wallace's birds of paradise, 1, 2 you will be convinced. What do birds want with all those bells and whistles, streamers and bright colours, other than to impress females? Not much. But what do the females want with them? 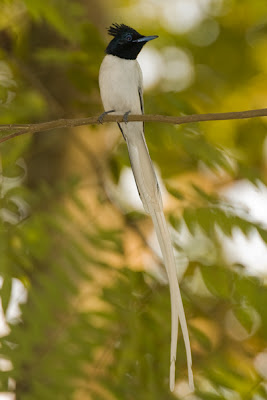 There are at least two theoretical frameworks that might explain the appearance of such traits through the process of sexual selection, R A Fisher's runaway selection hypothesis and Amotz Zahavi's handicap principle. Both of them suggest different mechanisms for the same process.

Fisher suggested that if preferred even slightly more exuberant displays than those of most males (which they might for either some quirky in their genetics or due to correlation (not necessarily causal links) with good genes), they would mate with males with these kinds of displays. And competition among males for these females would give rise to more and more exaggerated traits until standard natural selection stopped the process from escalating. The idea is roughly the preference would set up a positive feedback loop feedback which would make the selection in a sense run away with itself, hence runaway selection. 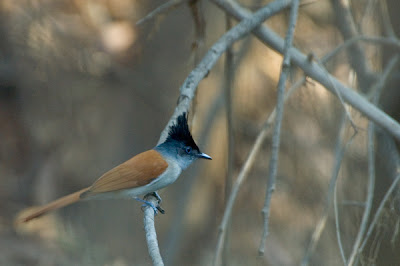 The other idea, which I love, because it's so seemingly audacious and because its proposer is, is the handicap principle. I have blogged about Zahavi's idea before. Put shortly the idea is that males with exuberant displays are like people who give themselves a handicap in a race, go ahead says the man I will begin 5 minutes after you and I will still beat you! The animal signals the 'goodness' of his genes by surviving despite his handicap and hence a female must want those genes. The crucial thing about the handicap principle is that the signal needs to be honest, it should not fake-able. To have the long tail must be a real cost and a weak male with the tail should suffer or, well, die! The Fisherian view does not have this requirement. And this is a good thing, because we have a criteria then that might allow us to ask with clever experiments which of two possible mechanisms are at play in a particular system.

Is human male flamboyance easily fake-able (anyone can buy flashy clothes) hence useless? Or are human females just less choosy about appearance and do we prefer exaggeration elsewhere?

Aside: Since my last post was a 'say hello' post, this one is going to be a 'thank you'. Thanks to the many folks who've linked to my blog and said so many nice things! Abi, Rahul, Brian, and Stephen. I don't know everyone who's ever linked but you know who you are, thank you.
3 comments: 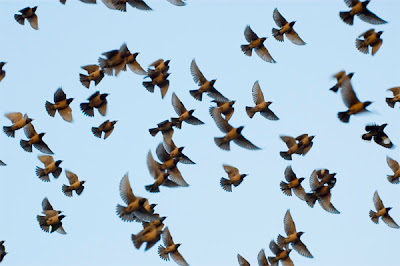 At almost exactly the same time as last year, it's uncanny!

Ok, on an entirely different note, I haven't done this in a while, so it might be time to do it again. Use this post to just say hello, tell me what you'd like more of, less of and if you think I'm getting worse/better at this. I've always been curious about who my readers are and what they might get from this blog. (Apart from the ones I already know off course).
11 comments: