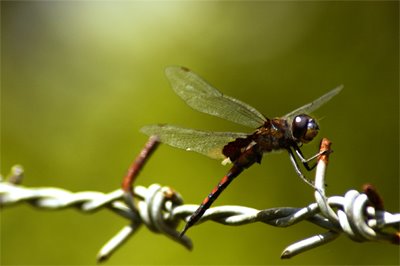 Few of my images betray that I shoot in a place that where humans are close by. Few pictures betray that almost all environments in my pictures are modified, however subtly, by human hands. Which is a significant omission, IISc is an urban campus. There are many people here, many buildings and much activity.

Many habitats are closely watched and controlled, grasses cut to prevent fire, paths cleared, bush cleared to protect power lines, telephone lines, buildings, etc from damage. Occasionally unnecessary things get done too, because someone making a decision thinks its an improvement. Exotics are planted, human garbage encourages some species, discourages others...and so on. People sometimes mean well, other times not. The bottom line is they alter...they change. And the animals I shoot respond to these changes.

* a little digression* i owe a guy called Sohrab Hura a bit of a debt here...many of these issues he started me thinking on.

How do you apply something thats essentially a static medium, ie photography, to document this change? (Open to ideas here)

What is the nature of change? Theres the cyclical changes of the day, the seasonal year, the cycles of rain that come and go. When do you know that a change is because of x and not because of y. Off course thats what huge areas in ecology deal in, theres tons of statistical tools like mds, pca, etc help you test these things. So in some ways thats a stupid question. And communities in relatively undisturbed forests are very dynamic and change all the time....

Its tempting to conclude that much of what I see is just that change that is part of the natural process. Yet I'm not always so sure. It's the pace in some instances that is alarming. In others that you see habitat shrink, sometimes disappear. I see the numbers of dogs go up, I see ground nesters disappear...you seem to see cause and effect in operation...its tempting and very hard to ignore. and yet theres a little guy back there that keeps screaming 'alarmist'!!!

well anyway thats a digression...human intervention is possible to depict, the hand of man has many classical and accepted visual idioms. barbed wire in one case; garbage as in the UNEP winners pictures, road kill, etc.... change however is harder to come by... 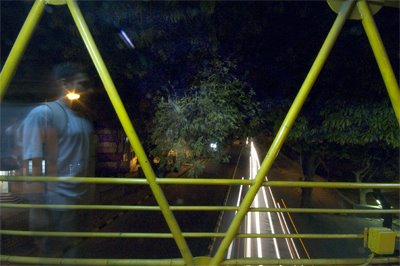 I suppose the classic ghost in the frame effect... sometimes done with multiple exposures...other times with very low light and loooong exposure. Nichols again does a lot of this...but then he revels in low light conditions. yet that sort of change is within the now, within the frame... how do you encapsulate hours, days weeks, months, years in images?

Monet did his famous haystacks in the different seasons to show the passage of time. Ansel adams drew on that tradition when he made his famous tide images. A series, usually a triptych...*the trinity is such a christian thing, well actually, no, even we have our three guys, yeah? brahma, vishnu & maheshwara?* the success of adams approach is in that he maintains the same angle and of view and the eye immediately starts picking over the scene to spot the differences. its like frames in a video shot.

Monet of course, uses many views and angles, i find myself reconstructing the place around the haystack, theres a sense of physical space that grows out of it. good impressionist that he is he also creates an atmosphere of winter/summer...the mist and fog of winter and the harsh hazy light of summer...theres also the sense of change from the fact that many are painted at sunsrise/sunset. then theres the idea of painting haystacks, essentially things that will get used eventually, will diminish eventually as landscape. painting the mutable in the style conventionally used for something immutable, mountains, rocks...stone.

There are, of course, those that believe that transience is the one thread, one commonality that hold all photography together. The decisive moment is this isnt it...this moment caught in midflight...hold still matrix style look around, it will never happen again, never like this...(i havent read the book i confess, this entirely second hand, i dont know if this is what bresson meant at all).
No comments: 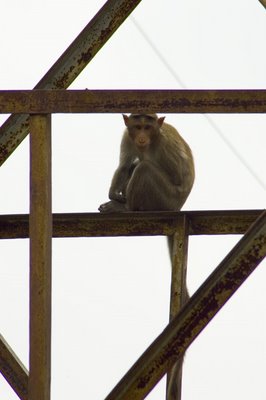 the better off course is laden, better for who? most of the argument there was about better commercially...well even in the world of commerce, there's types and types arent there?

anyway, i wont take this thought any further and you can get in on the fray in pnet if you want to. this is a depends question and even then its a judgement call...

I was thinking about something else, there's this new site called wildindia....and a story and picture on it of a tusker who got shot shortly after being photographed. then i read an article in the newsletter for birdwatchers by shyamal. it talks about avifaunal changes in IISc...that was 1998 i think. I havent seen a lot of the birds he says were there even then ... (i confess now to not being a very good or even assiduous birder. and to the fact that i've seen as vagrants one or two he doesnt talk about...).

I think the point still remains, that all of us morons pointing our lenses at these crits are watching them vanish before the shutter trips. that whether we want it or not we are documenting the disappearing...

at any rate my way of looking at things have changed a lot, suddenly the crits i shoot are very firmly embedded in a human and ephemeral landscape.
No comments: