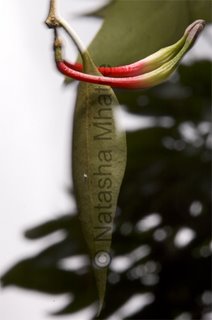 Now you wont often find nature or wildlife photographers quoting Cartier-Bresson. Or even in the least daunted by the fact that we as a community have almost no thinkers / writers /critics .

And you will almost never find them deriding sharpness. We love the soft morning light or mist. And we even love the glow of good bokeh. But the subject must be sharp, selective focus....and all that jazz.

Sometimes, I grow a bit tired of it. Sharpness, like any other feature of a photograph, exists only to serve what the photograph illustrates. I dont know if it detracts if it does not add, it does not matter I would argue. To quote another biggie, Ansel Adams "There is nothing more useless than a sharp photograph of a fuzzy concept." If the pic dictates fuzz, go ahead fuzz it.

I can't see the picture of a windblown and wild, hanging parasitic plant thats anything but fuzzy. The wind is in the fuzz, a drooping dangling plant is always at the mercy of the wind. The uncertain borders are the melting of identity that all parasites must feel. Most people who look up at these trees dont even see them as being seperate from the trees they attach to. How do you make it any other way?
3 comments:

Landscape, medium format and me 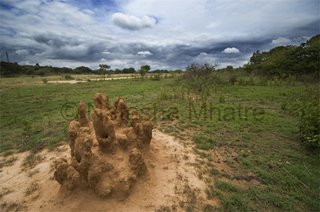 Sometimes off course I use wide angles to do what they were intended to, to make landscapes.

The first one is the Airfield at IISc. A place where a lot of people find they like to go to escape (!) the canopy! We have a unending sometimes oppresive canopy, if you're a photographer you know exactly how dark it makes things. Apart from this off course the fact that in the overcast months it can get pretty gloomy in the building and so on. Nothing really ever looks and feels like sunlight, no lamps, no bulbs can recreate that feeling. The Airfield is a grassland, wide open spaces, the wind and sky.

This, the other one, is the pond in Jubilee, overgrown and dry. The rains have greened it, but not yet filled it. In a good year it gets filled to the other rim, where the Agaves are, with water. White breasted Moorhens forage at the borders and Kingfishers fish in it. 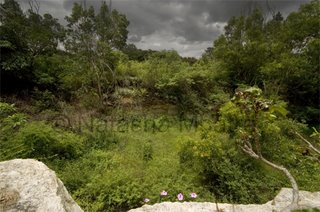 The rains are on their way as you can see, and hopefully so is enough water to restart this cycle. The thing I love about this picture (and actually this place) is the chaos of it all. Everything competes for your attention in its sheer greenness. The Jatropha in the foreground, the Vincas putting the heads through the rock, the ridge on the other side with its massive Agaves and dead trees...and the carpet on the floor of the pond. Now how I wish I had a medium format camera, so you could see every piece for eternity, detailed and in full colour. The D70, my D70, reduces the Agave to a few pixels....and I might never be able to blow this up big enough to have the picture ever 'feel' like the place....oh well, not that I am complaining, not within earshot of my camera :)
No comments: 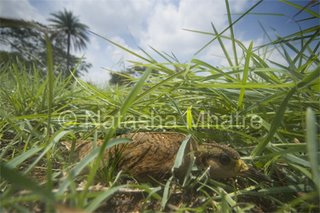 This is the young chick of a Yellow wattled lapwing. They're usually precocious leaving the nest early, a good strategy considering the nest is on the ground making them easy prey.

This one was walking around before it had learnt to fly. And its strategy was to duck head under grass and lie absolutely still. The body colour blends right in with the ground and you cant really see them, sometimes even when you are a few feet from them. Luckily for me, I saw this one. I was careful to be slow and not freak it out too much. And I got pictures. I do always worry about getting this close to wild animals and close it is because this is a wide lens.

The wide was a decision. I wanted the sense of protective niche under the grass in an open space, the low angle gets you 'into' this niche. Theres an edge in this open space that you can see the beginning of on the left hand side of the image. The few trees on one side underscore the lack elsewhere. The angle was also slightly decided by where the sun came from, to prevent the bird from completely overexposing, I had to make sure my shadow fell on it. Off course it was also prompted by the fact that I had only two lenses with me...this or my bazooka. I wish I'd had my close up lens, to make some nice portraits...oh well.
No comments: 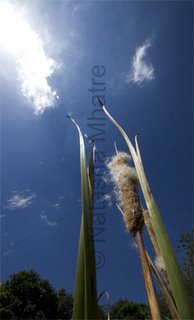 And the skies are blue...noon and night. The cattails in the swamp have done their work. And now they must cast their seed to the wind.

No news, no talk...calendars up, go buy. I need to buy a flash, actually two if you're generous.

There will be 10 new students in my department. Its an all time record. I wonder if someone is already trained and will take over SRV, I so hope so. 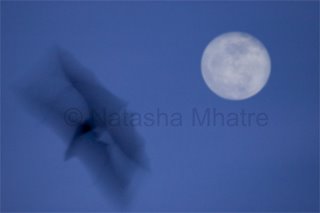 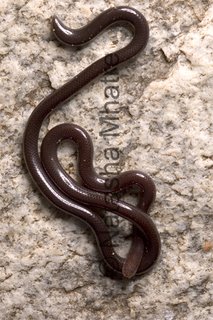 Does that look like an earthworm? Look closely? An earthworm would have a large band about a third of the way down from its head. And you would see horizontal segments. You dont see them here.

Well thats cause its a snake! They're called blind snakes. They're burrowing animals, the same size as an earthworm albeit a little darker. If you look closely you'll see the scales. The burrowing lifestyle obviates the need for eyes, so they have very very reduced eyes which are covered with scales. They can probably just make out light and dark. You can see them in the second image.

So if you ever see an earthworm that moving sort of too quickly and too much like a vertebrate, its cause its a snake.

Do you also notice that while the head (which is poking out through the loop of the snakes body) is blunt, the tail is kinda pointy? This snake and I think many other species poke you with the pointy end! And yes they smell! The mouths too small to bite, I believe they use a funny eating mechanism called 'mandibular raking'. Heres some videos made by a guy who works on them.
No comments:

Places and pictures: location could be everything 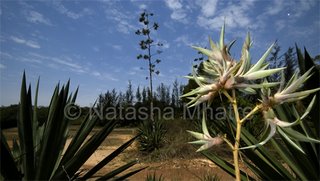 I've had several discussions recently, over rights, over whether a person who has not taken the images but is 'owner' of the property in which an image was taken has any control over how the images might be used.

This is a reading of the laws in the US. I guess India is similar, its hard to tell right now though. Most laws seem to relate to people not really to places, you can photograph in most places and commercially exploit those images. Except off course places where it is expressly forbidden, I suppose defence installations, airports, etc. (I'm personally not even sure that some places that forbid photography can do so legally!) .

But thats not really the tack I'm going to take in this post. Not the legal one, I will eventually find out, but this post takes a different point of view. If these images were paintings instead of photographs, I believe most people wouldn't think even for a minute before saying that the maker of the painting should have every right to use it as he pleased and the owner of the property should have no control whatsoever over the image.

I believe this is so for several reasons, the most important being that we see painting even the most realistic one as being interpretive, not literal. There are other arguments which would relate largely to the time and effort paintings take. And off course the belief is that photography is not.

Yet one Nat Geo photog who was asked what shutter speed he used for a particular picture said, one 6oth of a second and a lifetime. Each photograph is truly a lifetime in the making and is interpretive. There are as many artistic decisions in making a photograph as there are in making a painting. You pick subject, lens, angle, exposure, time of day, arrangement of objects when and if possible, depth of field, film for qualities of colour response and ISO (or if you use digital like me White balance and ISO). These are all 'creative' choices. The same object can be made to look very very different based on these choices, and more importantly from and artistic point of view to signify very very different things, tell different stories. Look at the two images in this post they are images of the same thing, an Agave. (Theres another story behind these pictures as well, one that will embarrass me, so I will not tell it!) Yet the two images are completely different and will be read by most viewers completely differently! 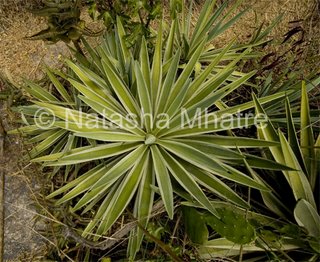 While the shutter speed of a single exposure is usually within a second, a particular photograph can take as much as days, weeks or even months to make. You know the Nat Geo hit rate for number of exposure vs number of published pictures is about 0.01%; a few hundred thousand pictures every year! With the advent of digital tech its probably even more. Why take me, I've shot seriously for what, two-two and a half years? I have made over 20,000 exposures.

Think then not only about the time taken to make these exposures, but the time it takes to sort through them and pick the ones you want to use/take further, a process called editing. Then post-processing, dodging, burning, colour correcting, croping, etc. (Something even film photographers did, not just us digi plus photoshoppers as some old timers like to claim. Then it was the darkroom, now its the digital darkroom.)

In the final analysis, a photograph can take as much time as a small oil, a large watercolour, or a medium pastel sketch. Ask me, I've done all of these! And it takes a lifetime to make a good one, to know the good one. And should be considered as independant of the place they were made as you would a painting!

So think again when you think of a photograph as a snapshot....good ones aren't.
No comments: