Secret Lives: floating around the net

A few people have told me recently that a pdf of the entire book has been passed around the net. Be nice guys, that was a lot of work and is important to me. It's not meant to be viewed as a pdf on a screen, which is most likely uncalibrated and far too small to do the images justice.

Besides passing a copy around like that means someone, somewhere, can poach my images and use them without permission or payment. I'm assuming that most of you that read this wouldn't want that to happen to me. So if you have a copy or know who has one and is passing it around, delete it, ask the person to delete it. If you know the source of the leak plug it and let me know who it was, and I'll offer the person a good piece of my mind. And then get a copy of the book!

At the top of the world, everything is falling down. 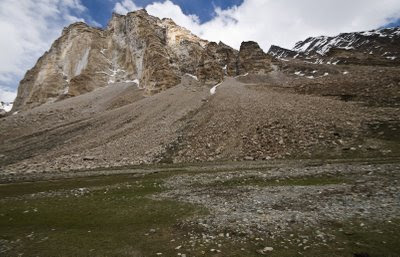 Gomuranjan in Zanskar
What can I tell you about the Himalayas that you don't already know? The Himalayas are falling down. At an astonishing rate. In the time we were there we saw 5 or 6 avalanches and landslides. We heard a few more at night from the illusory safety of our tents. If the mountains continue to grow, they grow faster than they fall down, which you imagine is an astonishing feat when you see the rubble that litters the Zanskar valley.

We walked into the Zanskar valley over the Shingo-La pass after having started from Palamo, near Darcha. When we reached Kargiyak a tiny village in the valley, we stopped, stayed a day and then we walked back. It was all accomplished in 9 days. No part of the walk was lower than 4000 m above sea-level and the pass was just over 5000m. It took a while to get used to so little oxygen, it took even longer to get used to the weight of the packs. I never did get used to it, I got helped a lot. The dust made me stumble all the time. The dust got everywhere. I've decided I hate snow, particularly sun-melted, soft snow, but really all snow.

But the pain was always forgotten when we pitched camp and when I looked around. I forgot a lot, my mind stopped whirring. I was tempted, no matter how briefly, to go live in Kargiyak and teach in the Sun school there. I found myself partial to mountain men. I fell in love a few times, facilely. I laughed at myself what I hoped was enough. A lot of things that would normally have been mundane, felt magical. Although I was exhausted with the traveling and the contingent living by the end, I would gladly resume now. Eat, walk, pitch camp, eat, relax, eat, sleep, resume- it's a pleasant rhythm to live by. It helps that where I am now feels equally adrift and contingent.

Lots of things happened, exciting, strange, bizarre, even mundane, as they do when you walk through strange places that are almost inaccessible to the world outside. I'll might tell you sometime. Here are a few images in place of the words. 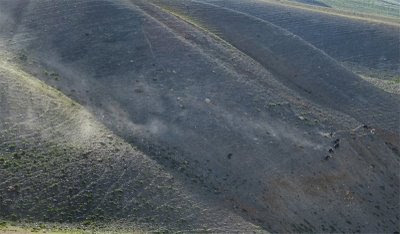 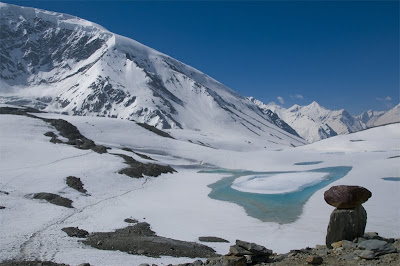 A lake at the top of the Shingo-La pass 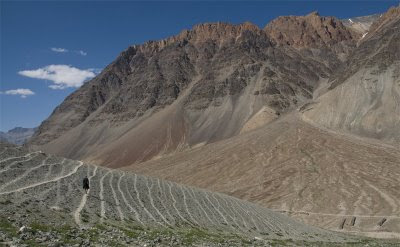 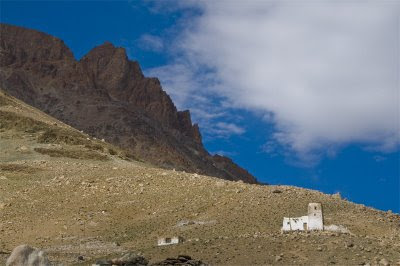