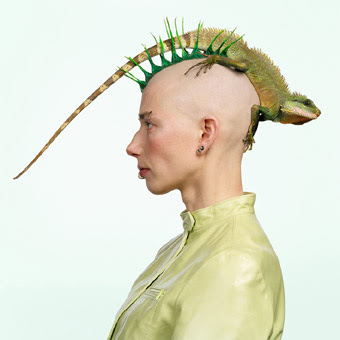 Tim Flach according to a Professional Photographer article is obviously an animal photographer. Many of his images do have animals in them. And they treat animals quite sensitively. He has a few series which he has worked on extensively. Series on animals that are not the first lovable wooly warm-blooded mammals that appear in our minds. Or even the glamorous charismatic mega-fauna, not the predators and nor their fecund prey. His work has been on humble bats, the domesticated horse and dog, pigs and the occasional monkey. (And maybe some mega-fauna as well, sometimes humans.)

He seems to be one of the few nature /animal/wildlife photographers that are willing to talk about their work and the thoughts that precede the images. (Maybe they all do and I haven't looked.) He attempts many things in his ambiguous animal images: to suggest our kinship through the similarities in gesture to alien seeming creatures like bats. He wants to challenge our expectations of reality by placing animals outside their context. He also places a great deal of importance on the visual structure of his images and his photographs are as or more driven by design principles, than they are by their subjects. For this he tends to use exceptionally controlled environments in which he photographs these animals. The other reason for this is perhaps an obsession with detail evident in his shots. Design and detail dominate his visual style. 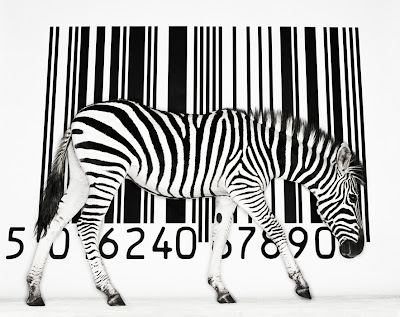 Which is something I enjoy and something that bothers me. I love carefully constructed images, images with attention to detail, to form, to space, to that delicate balance between what is said and implied, shown and hidden. I think there's even a huge amount of careful thought about the emotional content in his images. All of these are indispensable qualities for a 'great' photograph.

Yet there is something missing, and that je ne sais quoi is in my opinion, a sense of spontaneity. The huge photographic machine of control boxes essentially free animals into a photographer's visual cage. The only spontaneity here is in the reactions of the animals and even those seems postured, contrived. This ends up undermining Flach's desire that we examine the animals in relation to ourselves. We examine his designs, his constructions, with relation to ourselves. The animals are not really in the frame at all. Flach manages to make animals human artifacts. Which I like, sometimes, but leads me to wonder about his credentials as an animal photographer. Is there such a thing as an animal tabletop/studio photographer?

(To be entirely fair, they called him an animal specialist, which could be interpreted differently but since Sara introduced him to me as a animal photographer, I will take as such.) 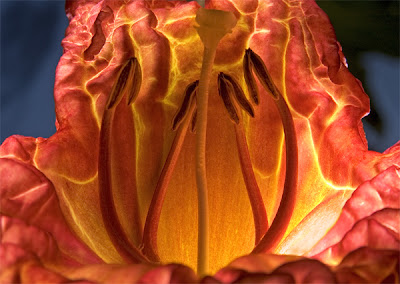 ...to my long list of tries. The NWF magazine wrote to me letting me know that this image has won in the 2007 contest. They've asked people to upload originals for verification. There are still a few official steps to go I guess. The results will only be out on their website in their Dec/Jan issue. But there you have it, I can now officially say 'international award winning photographer'!

This was the same contest in which I'd been a finalist in 2005.

The last few weeks have been nothing short of spectacular. I finished my colloquium, had a paper accepted, got some truly great shots I'd been trying for and now this. (Well, another good thing happened, about which I will get back to you when I'm a bit more certain. All I have right now are notes scribbled in the margins of a print out of an e-mail. When there's a little more, I'll let you know.)

At any rate, I feel like the law of averages will catch up with me and something will blow up in my face pretty soon. Someone pinch me, please?
8 comments:

The main page is here. And the terms and conditions are here. Good luck...
2 comments: 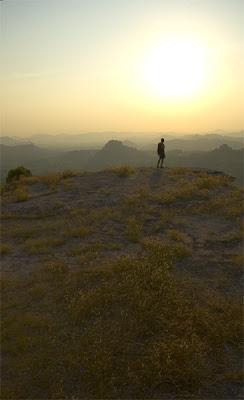 'The only people for me are the mad ones, the ones who are mad to live, mad to talk, mad to be saved, desirous of everything at the same time, the ones who never yawn or say a commonplace thing, but burn, burn, burn, like fabulous Roman candles exploding like spiders across the stars.' (From On the Road)

How Faustian... I wonder if everyone picks on that passage? When you read the burn, burn, burn, you'll hear some echoes in my push, push, push. At any rate, the Gaurdian has a spot on report on 'On the road', certainly one of my favourite books. Something that has as much to do with personal history as it has to do with the book itself. But it's that kind of book isn't it?
No comments:

Oh there are things to talk about

(Disclaimer: There is a genuine effort to keep intact as much as possible of the local ecology on the part of IISc during it's new construction/expansion. Change is inevitable, this post is merely about that inevitable consequence. Call it nostalgia and dismiss it.)

But right now I'm just a bit devoid of, shall I say, inspiration. It's usually very bad photography trying to chase an image of that one bird that has always eluded you by being quicker. You (or actually I in this case) get the perfectly sharp and well filled shot and you know it was silly and not worth it. 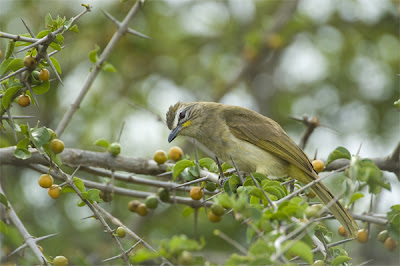 What I did not mind though was spending time in the Airfield, I never do. But now is particularly poignant, because come a few months there will be no Airfield. There will be something that is a shade of that beautiful place. It will be used more (by humans), disturbed more and already they are moving trees around (much like this).
Construction in new areas is necessary, I am told, and perhaps, maybe, not really, convinced. We need more land. Things need to go somewhere. It was inevitable, I had something (little) to do with the decisions on where it would happen. And yet it wrenches me a fair bit. I know, I know, IISc, is a research institute not a sanctuary / park(!). The priority is ...doo doo daah daah (cover my ears! run!). Call me a fool, I hate to see land use change especially from wild to otherwise. (Hum 'Big Yellow Taxi' to yourself.) 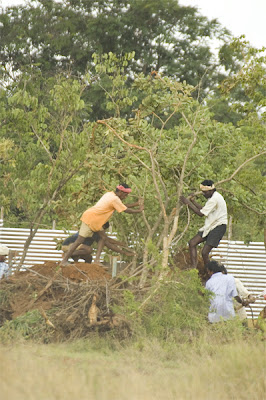 Anyhow, none of these dire predictions of mine may come to pass. And the Airfield now locked on all four sides by human habitation will still somehow remain the same. (All four sides? Go take a walk around it, you'll see what I mean. Past the faculty quarters over on the other side theres some clearing for something, my guess? A building!). Dogs won't be attracted to garbage, killing every thing in their path & fires won't be carelessly started. The Airfield won't turn into a drinking / goofing off / making out haunt littered with all our 'Fruity' tetra packs and carelessly tossed 'Fresh and honest coffee' paper cups and 'Ruffles Lays' and 'Will's navy cut' packs. And I won't be here to see it.


I really feel like a doom-sayer, like someone who is completely inimical to all progress and even sense. I don't want to be, this is merely my elegy for a well loved friend. 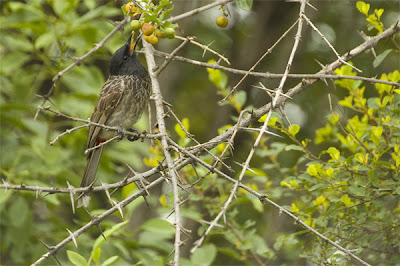 I will as compensation for that non-post ask you to read this very good post about layers. No no, not photoshop layers....layers in you image, layers of meaning or even layers of interest...layers to keep your viewers occupied.
13 comments: