There's been a lot of buzz about new species of late. The most recent surprise was the ant that was found in IISc. Our campus is home to over 90 ants, whats a new one right? Well no, ants have been worked on for ages, they're probably among the better documented insect species. 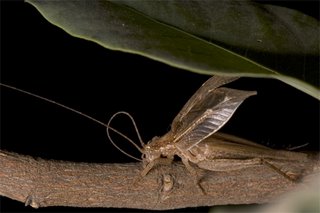 Crickets on the other hand have definitely received less attention. The male you see singing in the photographs belongs to the species Prozvenella bangalorensis. It was also discovered on the IISc campus. You can see another picture here and also hear the call which is actually pretty nice, unlike many other stereotyped repetitive calls.

So how many campuses do you think can live up to that challenge? Two species discovered and described from it? My guess would be not too many, but other folks in India and in the tropics were looking in their backyards, particularly at neglected insects, my suspicion would be quite a few. 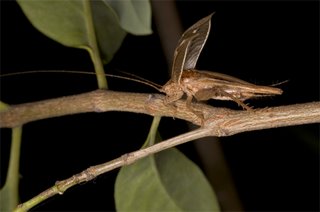 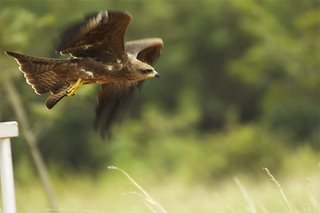 It was a good weekend.
No comments:

The most recent issue in Science, has an feature on arrays that mimic the hair cells in our ears! Hair cells, ears?

Ok A simple summary: when a pressure wave hits your eardrum, your eardrum transfers its oscillations via three bones (ossicles) to the inner ear. The inner ears roughly a long coiled up tube which is full of water and on the inside of which there are hair cells. When the compression waves are transferred to the water, this causes stereocilia on the hair cells to move. The movement dislocates the stereocilia, and the forces generated by this movement break thin single protein filaments that hold a channel closed, opening the channel. Its a way of transducing mechanical energy into a electrical signal. Ions rush about, various upstream things happen, the upshot - we hear.

The basic mechanism remains more or less the same, across ear types, even insect ears. Its also used by fish, to sense pressure changes in the water using whats called the lateral line. This helps them detect and avoid predators, etc, even stationary objects which would alter water flow patterns.

This multidisciplinary team has made a sensor for detecting flow using this basic idea. Their sensors are fabricated using photolithography, and are about a few hundred micrometers, a hundred times the size of the real thing. I suppose they could go use some new nano technique to make them smaller, (I know squat about any of this tech bit I should add).They are however, said to be 10 times as sensitive. But more noisy, and to combat the noise they're looking back to the biology. 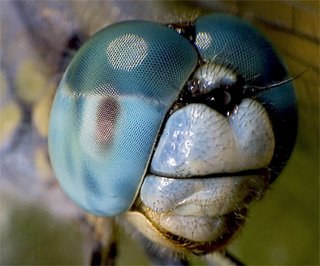 The other recent bio-inspired thingey that I read about, also in a Science article, was the compound eye. They made a micro lens, a cone, rhabdomere and everything. Its scary to look at the SEM of the fabricated structure, it looks like it could actually be an eye! They've off course already begun working on a thin camera based on this eye. There are images in that link and all kinds of tech to describe lenses that gets used even for conventional lenses. I dont see any 90 deg FOV images and they still seem a bit noisy. But this is an innovation to keep an eye on!!!

What amazes me about these new technologies is how direct their inspiration is. They're taking biological solutions almost as is. To suggest a counter-example, look at neural nets, they're an old established method now. They were 'inspired' by neurons, but the actual analogies are only very broad and sketchy...I dont know enough but for just one the connectivities are too high, the neuron in real life has architechture which affects function, which a perceptron/cognitron doesn't. There are different kinds of neurons...etc, etc.

The point being they were sort of like, tried to capture essential features but not details. Both of the above examples seem to capture quite a few details. And I wonder why. I didnt really find the reasons in the original articles themselves. The answer lies somewhere in the mix of size, sensitivity, dynamic range, and structural solutions to computational problems I think. In these cases perhaps the answers are in size and sensitivity.

However structural solutions, I think are a very elegant feature of biological systems. I'll give you an example. Our ear is made in a strange way, the basilar membrane which line the inner canal has different a thickness and stiffness at each point, and this causes it to resonate to different frequencies. Therefore the hair cells on that portion of the basilar membrane respond best to a narrow range of frequencies. There are other processes that sharpen the tuning, but this remains to be seen as the principal source of frequency tuning in the ear. Voila, an Fourier transform using a structure.

Email ThisBlogThis!Share to TwitterShare to FacebookShare to Pinterest
Labels: research 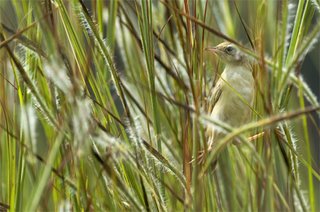 You've probably seen the other picture of the Streaked fantail warbler. But this one tells the story better. Now renamed the Zitting Cisticola, this warbler is small insectivore that forages among high grasses. The name comes from its courtship call which is accompanied by an aerial display. The only place you can see this bird in IISc is the Airfield. I would reccomend going down and having a look see, this is breeding season and you might get to see just how loud a bird merely 3 inches long can be. Try early morning and remember if you get rid of your grasslands you will never hear sweet sweet sweet again.

I love this image for all the sharp colourful verticals its got. The white fluff at the edges, breaking the sharp lines. And of course my miserable selective focus, the bird couldve been sharper and clearer. I guess its a ok animal in habitat pic. Check out the poor guys legs though, you think you can do that? 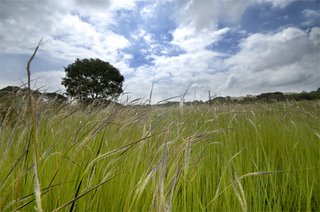 This superb habitat, the Airfield is possibly one of the least disturbed in IISc. (Except for labour from NIAS fertilising all over the place and the dumping of cut logs from the newly cleared area where faculty quarters were built). And it has a few species that are absolutely exclusive to it, the ZC, the two species of lapwing. And this lark I have trouble identifying. 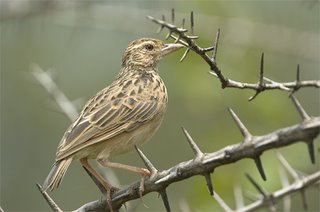 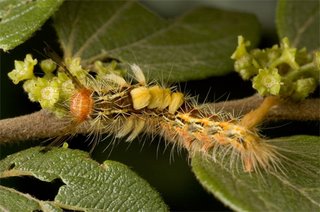 Or blanket worm is what the Kannadigas call one of these. I got one of these on my neck today and suffered some painful rashes as a result. I suppose that's the downside of so much diversity? All kinds of things can give you trouble?

The setae of some this caterpillar are called urticating hairs. Urticating refers to urticaria, a particular kind of allergic reaction. They are hollow and contain liquids secreted by trichogen cells at the base of the setae. The setae are meant to be defensive. The toxins they contain can apparently be quite diverse, ranging from protease like proteins, to histamine analogues, to anticoagulants. The result of having one of these dump its chemical load in your skin can range from rashes, to heart arrhythmia(!) to paralysis, seizures (!!) etc, depending on the species the caterpillar belonged to. There's a particular genus of south American saturnid moths called Lonomia that have caterpillars that are so bad they can kill you! The spines carry anticoagulants (same thing leeches use) that are very potent. They apparently have a fatality rate equivalent to rattlesnakes!!

Interestingly there are specific medical terms for these symptoms, Lepidopterism if it was a butterfly caterpillar, but moth caterpillars are usually worse, and that's called erucism.

On another completely other tangent, a long time ago Robert May, yes 'the' Robert May stopped by at our lab when he was visiting IISc. He told me about stridulating caterpillars when I was showing him my crickets. He didn't seem to know however why they do this. Some ants and caters are known to communicate, using vibration though. Maybe he was talking about these?
6 comments: 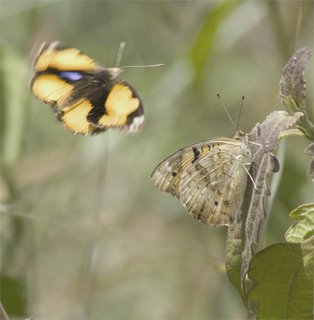 Anyway, dont know whats going on here. Does anyone else?

Both butterflies look exactly the same on the inner wings. Don't think these are sexually dimorphic butterflies. The one thats flying did this for several minutes, occasionally landed next to the sitting butterfly. The flight was more 'fluttery' than usual. When the flying butterfly landed, it's head was usually pointed at the end of the abdomen of the other butterfly but I couldnt make out what was happening. I guess this is butterfly courtship.

But it didnt end in mating, so I amnt sure. I've heard of territoriality in butterflies, but the sitting butterfly didn't run, so I guess not.

Anyone surer than me?
5 comments: