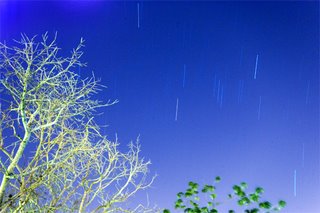 Orion travels over Bangalore's nighttime sky. The amount of light in the sky over the city is much higher than that over Hampi and the sky shows up as a hazy dirty orange rather than black. You can see the haze at the bottom of the window that's more haze from IISc street lamps, building lights and such like. If you set the WB on your image to tungsten light it sets back to this nice blue, so I'm guessing most of the stray light has this temperature.

I took this at f10 (and the light still shows up!) for about 20 minutes at 200 ISO. Pointed it high up in the sky to avoid as much background light as possible. I also sat so my shadow fell on the camera cutting off some ambient light as well. I also shut off the long exposure noise reduction option on my camera which meant the camera didn't lock up for a long time after a shot. There is some noise, you can deal with most of it using some noise reduction software.

Only thing being I wish I would think to do these things in summer. It was freezing up on the roof. Not too many people really go up on the hostel roof and a girl saw me climbing up and apparently called and asked who I was. I predictably didn't hear her and carried on. A while later there were two girls standing on a ledge facing the roof looking up. I thought they were out looking at stars or something so I carried on setting up my shots. After a bit there were 3 and I figured they were looking at me and wondering what the f*** I was upto and who I was. I must've looked nice and suspicious in my black turtle neck! I asked them if something was the matter and I think they either figured out who I was or at least realized I was also a girl, because the relief was obvious in their laughter!
No comments:

Email ThisBlogThis!Share to TwitterShare to FacebookShare to Pinterest
Labels: how to, IISc, nature, photography, shooting anecdotes 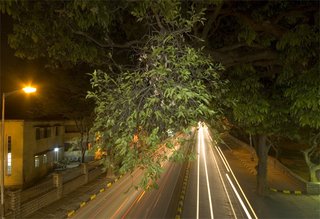 The plant you kiss under at Christmas, hangs from the mango tree near the gymkhana bridge. Don't really try it under this plant, in the middle of the highway. You've seen the flowers before.

The seeds are usually deposited by birds and the seed splits through the bark of the tree and sets root. This parasitic plant then sucks up water from the tree and perhaps even nutrition. They have leaves though so they can photosynthesize for themselves. In IISc this species seems to be attack mostly mango trees. I wonder if these parasites are host specific...
2 comments: 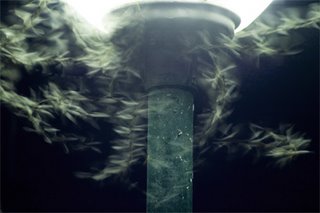 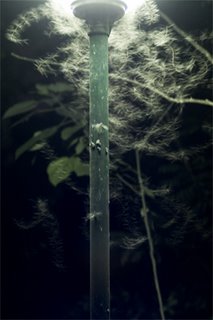 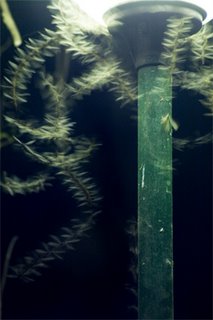 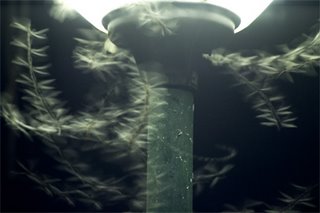 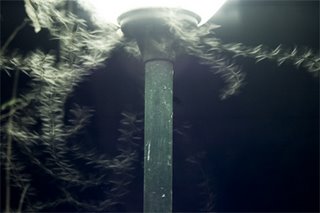 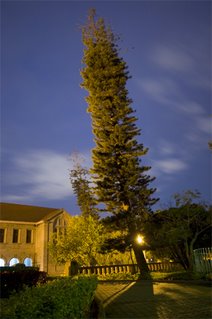 A lot of folks seem to have stopped by here after Prof. Abinandanan posted about the blog on desipundit.

Hi, hope you enjoy the pics, if you want to look at some more they're here. Hope at least some of you will check back again later :)
No comments: 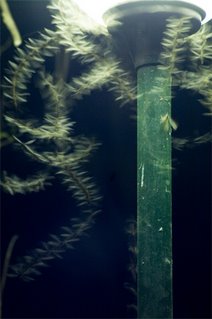 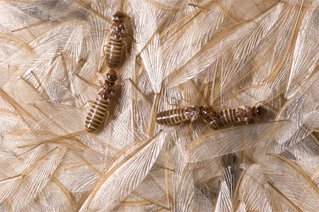 Fluorescent lamps flicker at a 100Hz in India. I was wondering whether that was why the termites flying around the lamp are stroboscopically stopped illuminated several times in their flight path in the first picture. 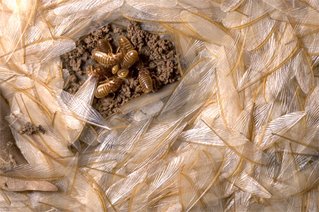 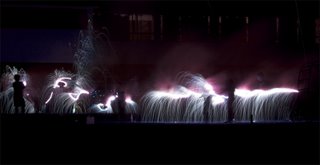 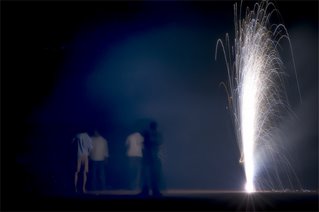