Some more of...(or less, depending on how you see it) 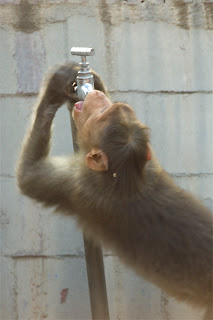 Water. I missed World water day on the 22nd. Fortunately Magnum didn't and has not one but two fabulous features on it. The second is particularly...refreshing.

The other is merely a reminder. If you still haven't done this, Go up to your roof today, or to whatever is the highest point you can get to in IISc at 6:00 PM, stay there till the light dies. Take your camera if you're so inclined. This thing won't last much longer. Tell people you think might enjoy it.

Finally click on the second image to see the full size image. I ran a quick crude image analysis on that picture, there are at least 1200 birds in it. That's probably a third to a fourth of the whole flock. Its lovely, really. 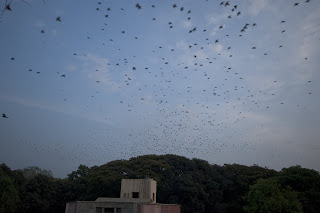 Done: now for some sleep 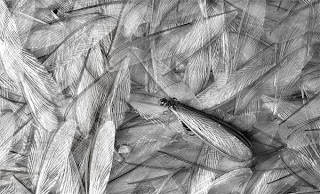 Ok the entry has been sent. Well, mostly, I can still add images upto...today...the end of it that is UK time. This feels like homework for courses, 'Thursday means anytime until 12pm right?'

The best part of prepping my entry this time was the Nature in black and white section. Here's one of my favourites. I haven't done much b/w recently and it was great returning to that way of seeing. Figuring out what would look good in monochrome and prepping the entry has to have been the best part so far, now if I win....*LOL*
No comments:

Slowness is not death, I hope. 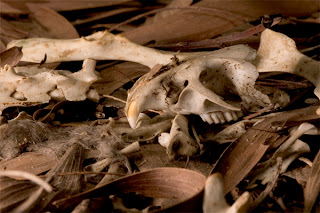 This is the current state of affairs at this end. Well, ok I'm at least not obsessing over gear, just not shooting very much.

What with trying to get work on track, going home for a quick visit and trying to get submissions off to WPY for this year I haven't had much time for shooting or chasing people up over the book. I've already missed the mail-in deadline, I can't afford to miss the online entry one. Wish me luck.
2 comments:

"And they came two by two" 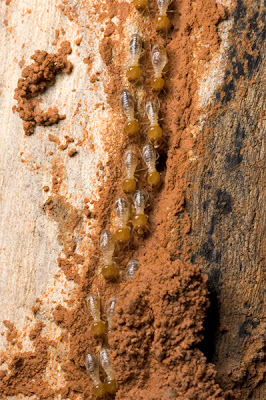 One of my utterly all time favourite books is Julian Barnes' 'A history of the the world in 10 and 1/2 chapters'. The book is a series of inter-connected short stories, which stand on their own as well. The first is the 'uncensored' version of the story of Noah's ark told by the one of the few wood worms that have snuck into the ark. The story is complete with the greatest unanswered questions of all time, what happened to the shit? What really happened to the unicorn?, etc. (The image by the way is of termites, similar only functionally.)

The ark has often been thought of as some kind of religious conservation allegory. The en masse saving of animals as creatures of God. E. O. Wilson recently wrote a book called 'The Creation' arguing that religious reasons for conservation are as strong and can be used. As much as the more usually used scientific ones that point to necessity and utility of conservation, through the notion either of interconnectedness or through the notion of sustainable use of a resource bank. It's a need, in my opinion, so urgent, that I don't care what tack one takes as long as more people can be persuaded to care for the planet and its denizens.

John Wilkins disagrees and calls it 'the myth of dominion and stewardship', I think, and points to Tom Hayden's address to a gathering of clergy. The different notions and ideas that are used to promote the idea of conservation and the premises and the consequences of each might be interesting to examine in and of themselves.

And there is a need to promote this idea, it is not self-evident. I was particularly piqued by a statement a friend made during a pub conversation. He suggested that all that the cause of conservation requires is education. I suspect he means indoctrination, cause really, education? Let's see now, the reasons usually suggested for conserving the natural world in a pristine state are stewardship, utility, sustainability, etc. Each of these operate in the longer term, almost always outside the term of a single generation. The changes that occur in the way the world functions as a result of the breakdown of natural ecosystems, the economic shifts take a while to develop. And are indeed exploitable.

Nothing in an education prevents you from optimizing your short-term pay-offs, and saying damn what happens when I am dead. Incidentally, I think an uneducated mind is equally likely to catch this problem. Educating someone merely provides access to information on what might happen if we ignore the idea, it's knowledge. And I'll stop short of saying that realizing the need for conservation requires wisdom. I'll let other wiser, deeper thinkers do that.

PS. Read the original 'Star thrower' essay if you can get your hands on it. The versions that appear on the net are quite shallow and incomplete compared to the orginal.
No comments: 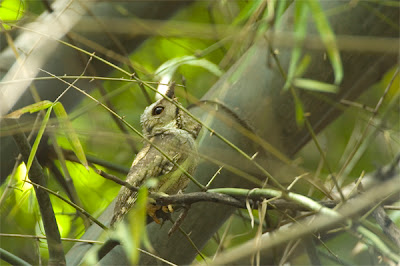 The wiki on owls says that they are able to turn their heads 135 degrees on both sides, not all the way around. So its a little short of the Hollywood record.

They do not, however, need demonic possession or cool f/x to have a 270 degree field of view.
No comments: 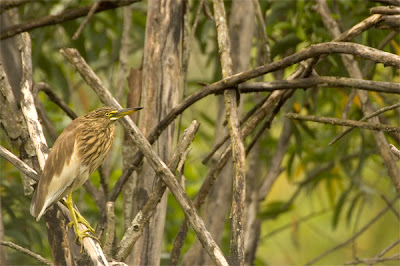 What was that my mother told me years ago about posture and looking small as a consequence? 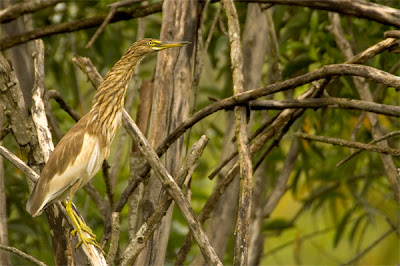 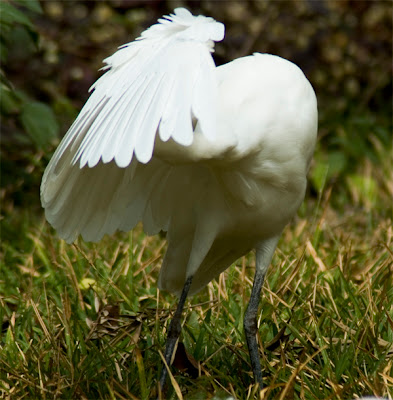 I'm considering becoming a lawn ornament. That way I can have a regular bath!

Someone wants to make a point and it's being made right now. Crisis has come very close on the heels of the warning. I'm amazed we have a warning system, not so much that it isn't an early warning one.

IISc has next to no water in the hostels, messes and the departments. They asked us to use fewer utensils this morning cause they didn't have any water to wash them with. Soon it will all be finger food. They were shouting at a kid for using drinking water to wash up, there was no water on the tap. We haven't had water in the hostel for two days, none in the lab now for one. Several depts haven't had any for days. IISc is considering (considering!) buying water I am told.

We've had four years of drought in Bangalore in my time here, between roughly 2001 and 2005 there were next to no rains. I lost the local population of my study animals to this drought, ask me I know. In those four years, there were maybe 10-15 days altogether that there was no water in my hostel, never a cut in the lab.

It just amazes me that theres a problem this year after its rained well two years in a row (Admittedly not in B'lore but elsewhere certainly and most of our water come from other catchments, I think, notably Kaveri which is kinda full right now). The problem is apparently at the 'corporation' level. So if they aren't sending us water right now, its either judicious preservation (yeah right!) or political need creation.

Whatever it is, it is fun, everyones already sprouting water bottles, hoarding. People are beginning look irritated, marginally dirtier and suddenly everyones interested in water. A few people are even giving the lawn waterers dirty looks. Maybe eventually someone will think of the very clever idea of hooking those perennially on lawn hoses (which get water from where? a borewell?) into underground sumps that go the rest of the institute and maybe it will tide us over a few days. If all else fails, see you on the lawns.

P.S. The block on blogspot and typepad seems to be here to stay. The guys at SERC never actually got back to me, which I suspect is code for 'Yes, it's blocked, whatcha gonna do about it?' Maybe I laughed too soon at my mates in NCBS and their incompatibility with Yahoo!
6 comments: