Repost
I've pulled up and put upfront one of my old book posts since many of you are going to be arriving here from the various sources that have been talking about my forthcoming book. (Many thanks to everyone who linked here!) There's also an older post that this one links to, do have a look. Especially on the book structure.

And as a bonus, at the end of the post, the current working cover...(umm, all those who voted, please don't kill me!) 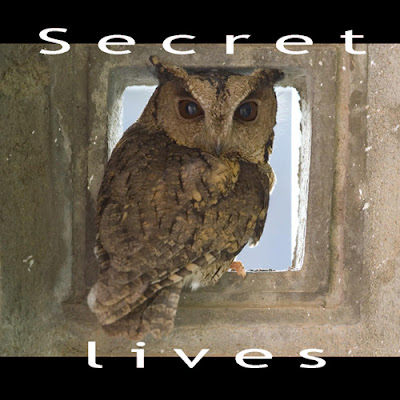 Somewhere along the line, I felt that I had to do something with the huge collection of photographs I had racked up with my obsessive shooting. I'd met someone who had been a photographer once, stopped, moved here from another country, was working software. And was nonetheless planning and pulling off a book on the Kaveri.

A seed for a book was planted. Shooting got focussed and was ratcheted up a fair bit. Then I pulled together what I thought was a decent structure for it, first the chapters and their scope. Then I tried the first tentative layout, showed it around, got my fair share of gentle criticism, redid it a few times before settling on a structure. I wrote and laid out two entire chapters. And then the truly hard part began.

I had to find someone to publish it. The book was going to be about the biodiversity in IISc. So the obvious choice was to take it to IISc, especially since the centenary years around the bend. So began a long process of negotiation. In many ways, very difficult and exhausting, made so partly by my own inexperience and partly by just how things are this end of the world. I had a lot of help and thanks to the folks who helped me along each of the steps of my own negotiation. It made photography look easy and I truly admire people who do this for a living!

The good news is that the negotiation is done!. We've decided on terms, a schedule for meeting them and things have begun to move. Chapters have been submitted and hopefully have gone out for review. (We're scientists, we believe in review. I, for one, am quite grateful for the once over.) All things should be finished sometime middle of this year. Ladies and gentlemen, I have a book on the way!

That there on the top is the current cover, it's changed, and it can again. If you have a favorite that you absolutely think should be the one on the cover, lemme know. May the wisdom of the crowds prevail! 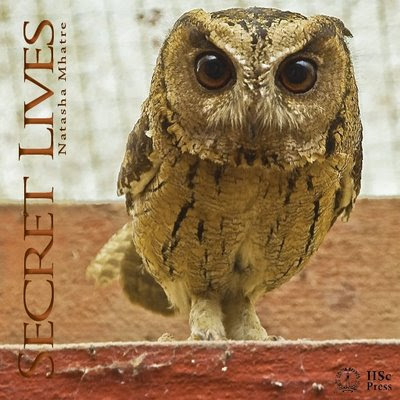 Excellent work! Congrats on the impending book. Amazing thing: I lived on campus for four years and the only bit of wildlife I ever saw were my fellow drunken engineering students after Vibrations :-) I guess if one doesn't look, one doesn't see, eh?

As for the book's cover, I would suggest something that's more colourful.

I look forward to the book.

That bit of wildlife will never abate, Feanor and needs absolutely no conservation effort. We all do our bit to add to it. Thanks

Thanks, Abi, others have also said that. I think you are right. Any specific suggestions? Was there an image that stopped you in your tracks kind of thing?

Congratulations! I remember that sometime back there was a discussion in IISc as to whether out mascot should be the owl or slender loris, considering the working habits of most of the IISc-ians. From that point of view, I think the book cover is good; if you are going to replace it, replace it with slender loris.

Thanks Mogadalai. Loris or Owl...any specific loris image you like?

Congratulations! I hope alumni will be able to order a copy.

About the cover, I think it should, if possible, also feature something recognisably IISc -- perhaps the vultures on the main building, if vultures aren't regarded as inauspicious?

I saw the preview. It's great..congratulations on your effort. I also write a blog on wildlife on my campus, but I'm not as good at the photography bit :)

Thanks Rahul, I think everyone will be able to.

I'd need to get better pictures of the vultures, but yes thats an idea. I don't know abt inauspicious, but filthy surely...

Thanks Q, I had a look at your IIT blog, seems interesting. I hope you continue writing it, good luck.

The Loris close-up (third photo) or the New Year close-up photo are good.

Congratulations on what is obviously going to be a classic.
Owl(et)s of all varieties are probably my favourite of all the fauna on the campus, so personally I think the cover picture is great. But it would make a nice contrast, and it might attract more attention, if you had two contrasting images, one say an owl (or a loris for that matter) and the other an oriole or a Paradise Flycatcher or something comparably bright, which are also very characteristic of IISc. I agree this is a marketing suggestion rather than a purely artistic one.

congratulations on this book. Perhaps your next book could be on the wildlife in Bangalore (expanding beyond the walls of IISc). I don't think anything like that has been attempted.

@ sriram: yes it will have to be as much (if not more) of a marketing decision as a aesthetic or I suppose 'IISc symbol' kind of decision. Something to catch the eyes of the casual browser in a bookstore.
Maybe more than one image as you suggest is one way to do that.

@Sunil,
Maybe Bangalore and its environs (or daytrips)? Slightly more inclusive. Actually a friend is currently working on a Karnataka wildlife book, so maybe this will become redundant.

I say, I hear there's an (Egyptian?) vulture nesting in the Central building. Is this true? Have you any pics of it? When I was a kid in Delhi in the early 80s, there were vultures galore in the city. I think they are pretty much extinct now.

Hey Feanor,
Yup there are, heres a post with a picture.
http://natashamhatre.blogspot.com/2006/11/vultures-in-main-building.html

I don't know for sure if they are nesting because I can't get up there to see the nest. But you do see the occasional juvenile, so there must be a nest.

The owl's wise eyes seem to hold age-old secrets, and if I blink, he will be lost to the wild blue yonder.

The photograph seems on topic to me, but I am not familiar with the locale.

Awesome work! I would have liked an owl's photograph taken during night. Seems more apt for the title I feel :) but thats just my opinion.

Too good preview of the book.. esp. amazing photograph of insect laying eggs on caterpillar.. unthinkable.. Seems people like me dont know iisc even after staying here for almost 2 years..

:) Thanks Heliophile, if I can get a few more people to realize that, my job is done!

Exciting news, Natasha! Will it be available in the US? Even if not generally, I'd like to get one. Will link on the blog too.

I don't know Steve, but I don't see why not. If not we can work something out. I'll let you know soons it's in production. Thanks for the enthusiasm, it's good to know someone removed from the situation can enjoy the photography for itself!

Congrats!!!!! you have done a fantastic job. I am really surprised to see the creatures you shot in the Institute. I very much liked the image of Wolf snake. Where did you find it?....keep going.. You seem to be incredible.

Congrats Natasha! :)
I saw the 'sneak-peek' to your book n must say, it's EXCELLENT! Eagerly waiting to buy a copy. Will you sign it for me please?
~ Maya

Thanks Rajesh, the wolf snake is an IIScian as well.

Sure Maya, off course I'd be happy to, even if it felt a bit swollen -headed! :)

Great Site, is the album available?