Wildlife photographers, particularly macro photographers, do not like shadows. They'd prefer it if their images didn't have any. Much of their obsession over lighting is about removing shadows or at least about softening them considerably. Diffuse light which does this is everyones manna from heaven.

Painted stork in shadow on a roof in Kokkre Bellur 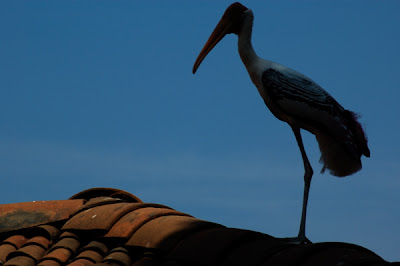 There's a simple reason for this dislike. Shadows typically obscure details and features. Parts of an image in shadow usually do not show great detail. You'll hear talk now and then of good shadow detail but that's a relative thing. In comparison to the middle tones in an image, you're not going to see much in the darker (in shadow) regions. (Take a look at the two painted stork images, take one after the other.) And somehow, somewhere along the line, detail has become the be-all and end-all of wildlife photographers. Or at least the majority of them. This universe is slowly changing now. But this change is not the only reason one ought to embrace shadows.

The stork steps out of the shadow 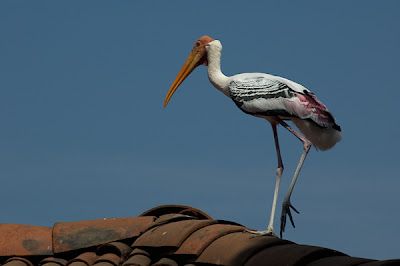 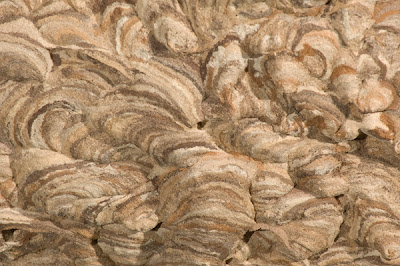 Shadows are important to limning form. They are darn important. Take a look at the preceding and following photograph. They are of the exact same object, same view and position, no change except the direction and hardness of the light. In the second image, the light comes in from the right hand, causing the bumps on the surface to throw shadows onto the ares under them. The valleys elongate and change the shapes of the shadows giving you a sense of their shape and the curves of that surface. You suddenly have a sense of the shapes of each of those bumps and valleys. 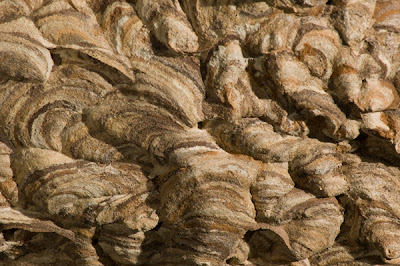 The visual areas of our brains have wired into them algorithms that allow us to infer shape from what is essentially a 2D representation of the world, that the retinas pass onto them. There are two pieces of information that the brain uses to reconstruct shape in the brain. One piece of info comes from the stereoscopic nature of our eyes, two 2D representations from two eyes set at a fixed angle can be used to reconstruct shape. This is missing in a photograph which is truly 2D. Viewing a photograph is like viewing the world with a single eye.

The other info that can be used are shadows (and hence, off course, bright areas). Objects cast shadows depending on their shapes and on the surface which the shadow is cast. The shape can can often be inferred from the shadow. Whether we are hardwired to do this or learn I don't know, and am too lazy right now to find out, but we can. The shapes of uniformly lit and hence even toned objects like the wasp nest surface in the 1st wasp nest photograph cannot be apprehended at all. We take our cues from the smallest hints, we do it so effortlessly that it does not occur to us that we couldn't without shadows.
Giant african land snails with a smaller native (?) snail
Note the shadows at the far end of each whorl that shows the curve of the shell within the whorl 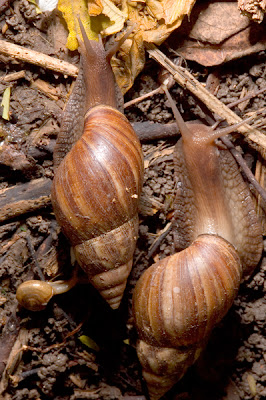 Note that the lack of shadows makes the shape of the snake in section hard to apprehend, makes it look flattened 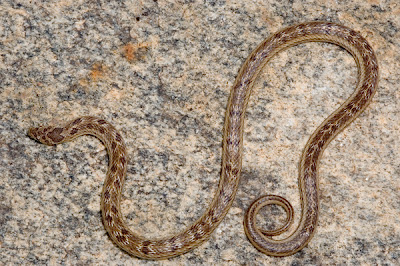 Now think of shadows at a smaller scale. They create texture. Rather they limn texture. Something that is completely missing from the first wasp nest image and predominates in the second. For what is texture, but many shapes at micro scales.

Red weaver ant. The leaf texture shows up because of shadows 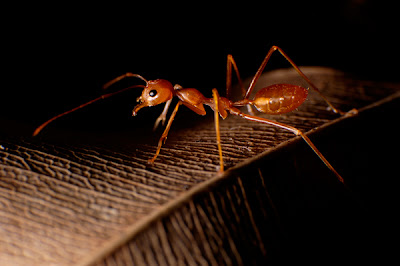 Off course none of these are good reasons not to use shadows on their own merit, as excellent design elements. 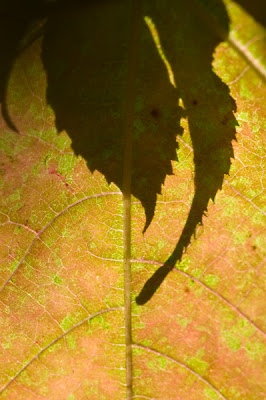 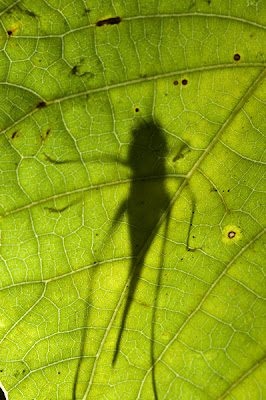 keep posting more of ur better works like this...

Anonymous said...
This comment has been removed by a blog administrator.
5:06 am

the snake is a russell's kukri, non venomous