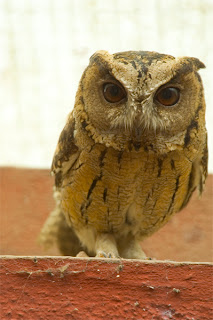 In my callow photographic youth, in 2004, I met another photographer. He cast a pearl before me, he told me half the battle in getting good wildlife photographs is access. I didn't think much of it then, but three years behind me, I know precisely what he meant.

There is no simpler non-secret to getting better shots than to keep trying. To keep your eyes and ears open all the time and keep iterating until you get what you want. You've got to know whats worth getting and whats worth keeping, and then you're set, all you've got to do is push push push.

The best stories are worked over many many (oh don't be shocked now) years! Yes, years! There are good one's that are shorter, but the truly blue chip take years. Lanting's Jungles, Salagado's Workers, Nick Nichol's work in Bandhavgarh, etc. 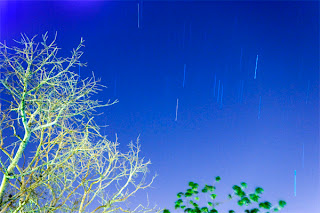 The luxury of that kind of time is very hard for most people to come by. Many wildlife photographers, filmakers will given a chance lament the quick turn-arounds that are required of them. It was one of the reasons the Planet Earth series was hailed as a breath of fresh air. It was a production the size and length of which hasn't happened in a looong while.

Even if you had the time, you may not have that other golden thing, access. In India in particular, few natural habitats remain and these have gatekeepers, forest departments. Just getting in can take a lifetime. Then when you are in, you're often allowed to do very little, no setting up hides, no water hole waits, no walking in some parks(!), no camera traps. Then there is the expense associated with living and travelling in the park. Our labs field station budget is of the order of thousands a month! And just to break the camel's back, there are huge fees associated with shooting/filming in parks, especially filming.

So, to cut a long story short, work on the access bit. Or work the bits that are accessible. Learn to mine the places that you can go easily and then work them to ...um ...death. Hey, it's worked for me!

Seriously though, one of the huge advantages of undertaking the kind of project I have is that I have access 24/7 to most places. And I can get in to most other places with a little wheedling and cajoling. This is probably one of the few areas where being a woman makes things a mite easier, people percieve you as less of a potential threat. But even if you're a guy, it's not such a difficult skill, most people will let you in once, twice. The third and fourth time eyebrows rise and maybe you're turned back. But, persistence pays, and public spaces are still just that. You just have to bone up on your smile a bit. And as the big guy at NHM said, it's not how rare, exotic or unfamiliar your subject is, its about how good your photography is...Unfortunately we're all still stuck figuring out why or when something is 'good'.

Was that a Barn Owl, the first picture?

It's a collared scops owl, the same as the previous post. It was a bit annoyed, and had flattened its 'horns' down.

What an intense stare (owl)! Looks like it's just gonna start lecturing :)

Yeah, I thought of the generic owl maths masterji when i saw the picture!