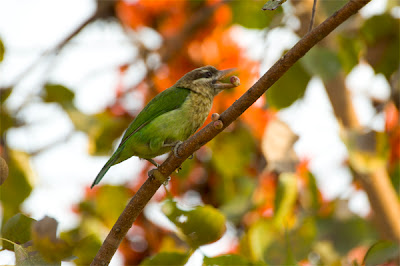 Everyone who popped in and said hi on the previous post, thanks. And here's the next 'how-to' promised.

It's very seductive to think of grandiose names for the unknown. The canopy has been called, in scientific literature, the final frontier. Like the deep oceans and space, who also lay claim on that moniker, it's relatively unexplored and the first few forays into it have yielded a lot that is new. The oldest method of trying to get at animals in the canopy was fogging, immensely destructive and unjustifiable (not to mention useless) if you wanted to photograph living animals. 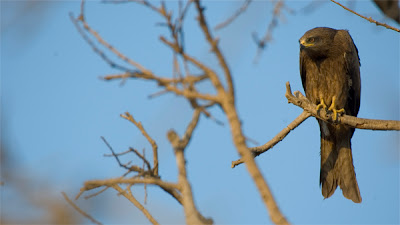 Then came the more (ahem!) sophisticated methods, the canopy cranes, bridges, rafts, hides and ropes. But do what we might, the human monkey has lost his ancestral ease among branches. All these tools take us up a bit and down again with little lateral leeway. And most of all they are available to very few people, usually researchers and then for a very little time.

So here's the good part, I've found that for urban/semi-urban wildlife photographers there are canopy cranes aplenty. They are called buildings. Many many rooftops, balconies, windows are actually very close to trees, the canopy within touching distance. These can be absolutely great to watch and photograph what usually goes on above eye level. 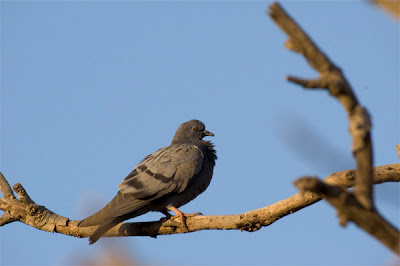 Look out for places where trees are close to a opening and then look out in them for animal activity. Whether it's nesting or nest building birds or birds and other animals that come in to feed when the tree fruits or flowers, or even birds that come in to roost or perch. Keep an eye out for anything you can convert into a photographic opportunity. The great thing about this little window of access is the ability to peer from a ready-made hide (the building) into a usually secret world. And off course, eye-level shots that are so much more attractive than those belly shots from below. 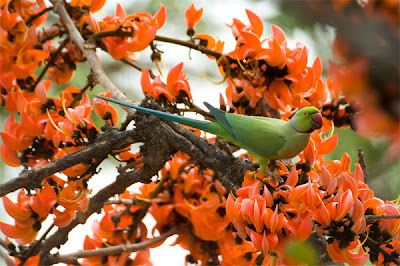 But that's so much for the larger birds and mammals, what about the insects? The truth is most of those canopy access techniques I spoke about were actually devised in order to reach the smaller creatures, the arthropods. These cannot be shot merely by looking out over a closeby branch. The long lenses don't get you quite that kind of magnification and you can't really get much closer to the animals. 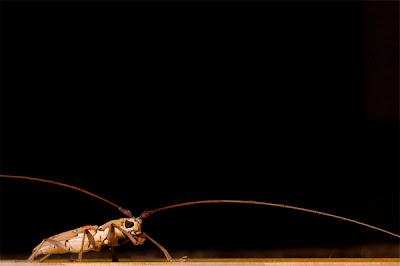 There is however a sort of indirect way that you can get at these animals. The photograph of the long horned beetle was got by this technique. In all of my time of hunting in the undergrowth I've never come across one of these wood-boring beetles. Yet they are all over my bathroom. 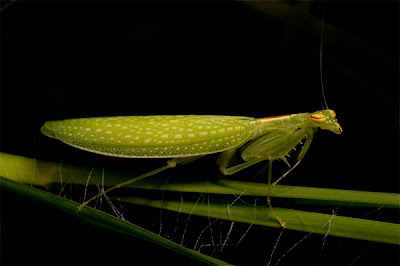 The basic story is this, the lights in our bogs are left on overnight and they attract plenty of insects. (You can increase the efficacy of capture by using insect attracting UV lights). I live a floor off the ground and the canopy is close to our windows, sometimes peering in. The insects that are attracted to the lights here are often from the upper canopy and not the usual ground and undergrowth dwellers. All I do is go look everyday for something interesting. You'd be amazed at what you can get. The moths in the Nat Geo story were entirely from an urban backyard. (That story began in the bogs as well.) 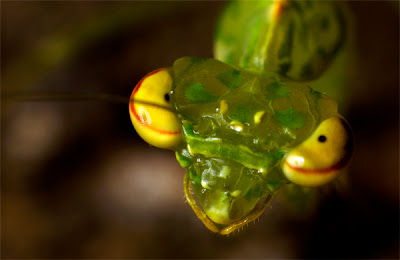 I keep a few vials and containers handy with me, catch what is interesting and take it to a habitat similar to what it must have come from and then shoot it. The insect goes free, I get some shots. It's pretty much win-win. Off course you're not going to get any big behavior shots this way. But you do get some spectacular animals and portraits are usually tractable with a little knowledge of insect behavior and some gentle coaxing. The insects in this post are all bog-insects!

So go try out your very own canopy access system!

Others in this series: Wildlife secrets parts 1, 2 and 3.

Hey BS, I thought you'd like this one even more. Visit the bogs to turn out masterpieces.

Wow! Great photos with some good advice and direction to go with them. Thanks for sharing some secrets with us.

You're most welcome Brian and thanks for all the thumbs up!

Did you submit your site at blogsearch.sg?

You can reach blogsearch by just typing blogsearch.sg in your browser window or click here

This is a service by bizleadsnet directory of web logs.